COVID-19 Update: Get the latest information and updates regarding VIPER response to COVID-19. More information viper.ac.in/coronavirus

Cognitive Science and Research laboratories (CSRI) established as a cognitive and memory learning research centre in the campus of Vishnu Institute of Pharmaceutical Education & Research (VIPER), Narsapur, Telangana in the year 2015. The lab is being headed by Dr. Alluri Ramesh, Department of Pharmacology. The aim of the centre is to bridge the gap between neuro-science and life science research and understand of new moiety the pharmacological action as memory learning and enhancer. The focus of the research Centre will be to create and Screen new compounds that are purpose-built to interrupt specific memory learning processes or neuro behavior activity while avoiding harm to normal body functions.

We at CSRI working on various disciplines like Behavioral parameters, biochemical parameters, and Neuro biology to understand the current global state of neurodegenerative disorders and pharmacological screening of neuroprotective and memory enhancing molecules. The Cognitive Science and Research laboratory is playing a transformative role in the field of neuro-science research. The Centre has well sophisticated Stereotaxic facility and various in-vivo models to analyze behavioral parameters along with Co-ralyzer and Hematology Analyzer.

Centre for Molecular cancer research (CMCR) established as an interdisciplinary research centre in the campus of Vishnu Institute of Pharmaceutical Education & Research (VIPER), Narsapur, Telangana in the year 2016. The lab is being headed by Dr.V.V.S.Rajendra Prasad, Pharmaceutical Chemistry Department. The aim of the centre is to bridge the gap between Pharmaceutical and life science research and also to bring the multilayered process of cancer drug discovery on to single platform. The focus of the research Centre will be to create and Screen compounds that are purpose-built to interrupt specific biochemical processes while avoiding harm to normal cellular functions.

We at CMCR working on various disciplines like Medicinal chemistry, Computational chemistry, and Cancer biology to understand the current global state of drug discovery. The Centre for Molecular Cancer Research is playing a transformative role on this campus and well beyond our borders in the field of cancer research. The Centre has well sophisticated Cell culture facility and well equipped Life science research facilities along with Computational & Medicinal chemistry laboratories.

Cultured animal and human cells have been used in biomedical research for many decades.  Cultured cells are commonly used in toxicology experiments to identify the biological effects of chemicals and drugs (mechanisms of action) and in screening assays to determine the relative toxicity of substances. The goal of in-vitro toxicology is to develop a range of cellular and organotypic models and assays capable of replacing animals in various toxicity tests that are used to predict toxic effects to humans from exposure to chemicals and product ingredients. The cell culture facility provides a centralized facility for growth of animal cells in culture to meet the requirements of the experimental research methodologies. CMCR has various mammalian cell lines for carrying out drug screening. CMCR equipped with following instruments. 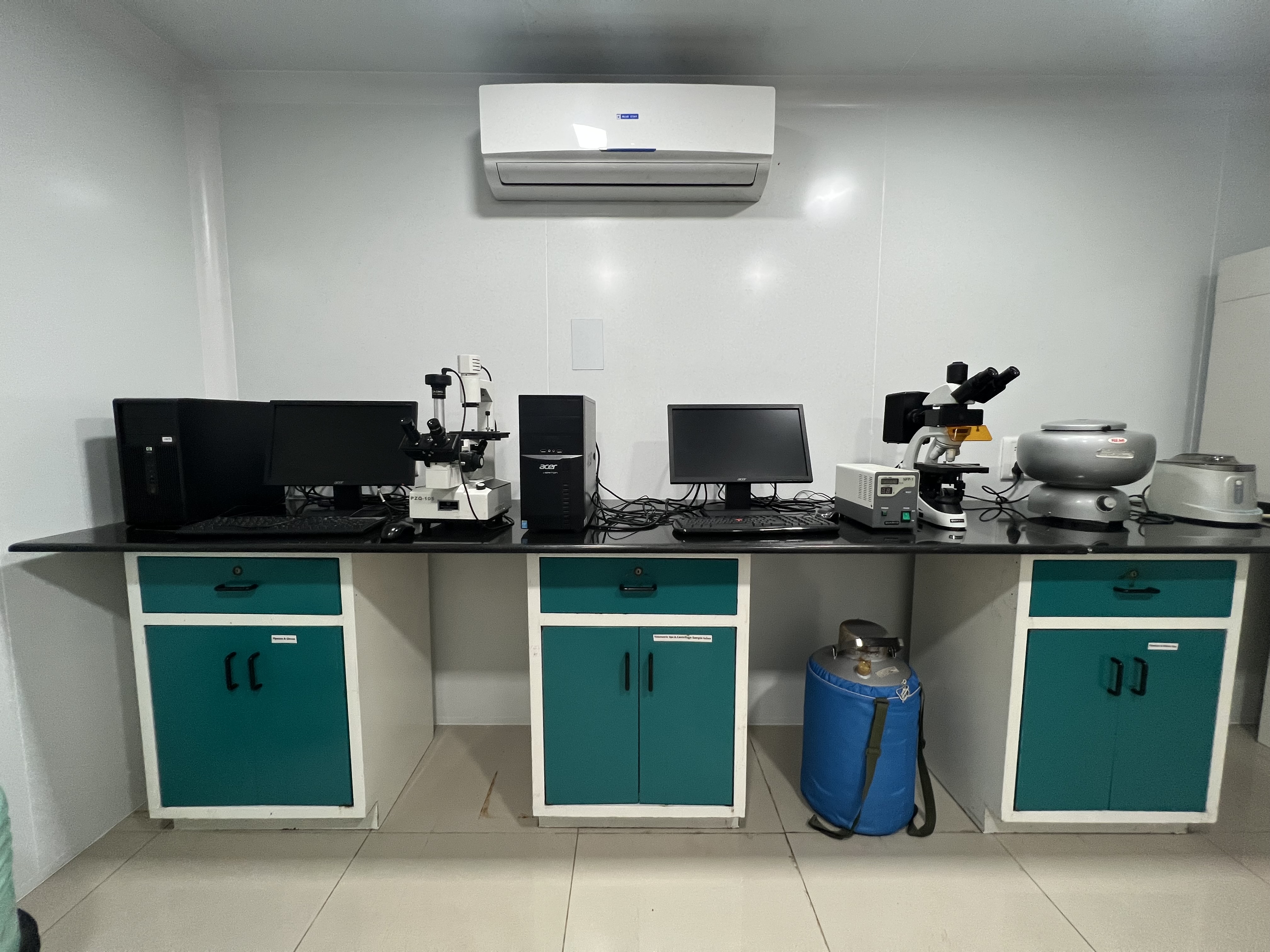 In recent times numerous major interests combined into a novel concept of cancer drug resistance. Resistance to several anticancer drugs has been associated with increased efflux of a drug out of the cell, the so-called multidrug-resistance (MDR). This efflux is energy dependent and hence requires ATP. One of these pumps, ABCG2, initially called Breast Cancer Resistance Protein (BCRP), was associated with resistance to drugs such as doxorubicin and Mitoxantrone. Rajendra Prasad, Mayur YC and Deepak Reddy G demonstrated that various N10-substituted acridones have ability to revert doxorubicin resistance in different cancer cells and also shown significant cytotoxic property. Further, mechanistic studies suggest that acridone derivatives interact with DNA duplex by intercalation, possesses higher affinity to GC than AT base pairs of the DNA and they could not interact non-covalently with the minor grooves of the DNA in solution free gas phase. It indicates that the cytotoxic affects of acridone derivatives by intercalating only with major grooves of the DNA. Studies also shown that mode of inhibition of Calmodulin by inhibiting the Ca2+/Calmodulin stimulated cAMP- Phosphodiesterase activity and have no direct effects on the enzyme itself.

As a sequel in our research to discover new MDR modulators, Rajendra Prasad and GJ Peters have designed various molecules by introduction of a NO donating group into a P-gp and/or BCRP inhibitor acridone carboxamide moiety would be capable to release NO in a controlled manner and might reverse the doxorubicin resistance in cancer. Newly developed nitric oxide donating acridone carboxamides were shown significant activity against drug sensitive and resistant cell lines and also reverse MDR, which might be related the nitric oxide release rate. The results from the cytotoxicity assays, in-vitro nitrite release, and drug accumulation studies clearly indicate that NO donating acridones had a remarkable rate of nitrite release and cytotoxic effects. Moreover, studies also demonstrated that exogenous release of nitric oxide by NO donating acridones enhanced the accumulation of doxorubicin in MCF7/Dx cell lines when it is co-administered with doxorubicin by inhibiting efflux process. It was also clear that presence of NO group potentiated the cytotoxic effect of the acridone derivatives. Further, nitric oxide donating group could potentiate the N10-substituted acridones to reverse the doxorubicin resistance in MCF7/Dx cells. Current research therefore focuses on the critical role of nitric oxide on efflux pumps and reversing drug resistance in cancer.